A few weeks after I became the new CTO in Effectix, I took a closer look at employee motivation. Because the outside temperature in the last week of June was more than 37 °C, I decided to try an experiment.

My offer to employees

I offered all the employees that they could go to the swimming pool after 1 pm, but they had to choose a task and the date when it would be done. The task could not be part of their daily routine. Seven people participated. They generally chose to create an article for our blog, to set up some experimental campaign or to prepare some quality improvement.

In the first stage of the experiment, people had to devise their tasks. Some of them tried to trick me by choosing the task they had to do anyway. That didn’t work. So everybody chose their task and a deadline. Some people were very optimistic about the date, other people took their time. I didn’t set any limitations.

The experiment itself was kind of a gentleman’s agreement. I gave the reward first and then I just trusted that people would fulfil their promise. What was the result? In exchange for 4 hours of time when people probably wouldn’t have worked all that well because of the extreme heat (we don’t have AC), I obtained:

What have I learned?

In general, I am satisfied with the result. I was slightly disappointed by the prolongation of the deadlines. At least I know which people need special “care” in terms of controlling. I will definitely continue with these types of exchanges with employees.

INSTRUCTIONS: How to set up and verify the Google Search Console service

INSTRUCTIONS: How to add additional users to your Google Analytics account?

You can find us at 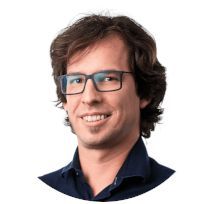 INSTRUCTIONS: How to add additional users to your Google Analytics account?

INSTRUCTIONS: How to set up and verify the Google Search Console service

Hottest news from online marketing! Subscribe to our newsletter.